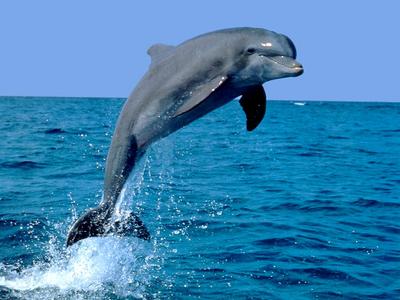 “You never hear from the people that the dolphins didn’t save” says Justin Gregg, a scientist working with the Dolphin Communication. He also says in his blog about a special dolphin-human bond based on mutual affection which appears equivocal. “What about the long tradition of wild dolphins helping to save human swimmers from drowning — an act that, on the face of it, seems as friendly as it gets? Alas, accounts of such episodes are almost entirely anecdotal in nature, usually appearing in the form of human-interest news articles. Typically, they involve dolphins forming a protective circle around swimmers to defend them from sharks, pushing a floundering swimmer up to the surface of the water to breathe and/or be fished out of the water, or leading the victim to safety, sometimes by actively dragging or towing them to shore. Since it is well-known that dolphins provide this kind of altruistic support to each other the idea that dolphins can and do rescue humans in these ways is entirely possible.”
Yes, we consider Dolphin to be a very intelligent and helpful marine mammal. Dolphins educate people saving the human lives; their learning ability and the sheer playful nature absolutely entertain us.. Owing to their agility and playful behaviour, dolphins area favourite of the wildlife watchers. When it is the danger of coming of the sharks to attack humans it is the dolphins who inform us about the approaching danger.  Dolphins live in social groups of five to several hundred with all their abilities of cohesiveness. With these three characteristics of educating, informing and entertaining behaviour of Dolphins, can we establish any similarities of communication process, where the basic functions are to educate, to inform and to entertain? Can it be possible to describe community media as helpful for a society as Dolphins are for human lives?  Primarily my idea is to enumerate the characteristics of community media with an abbreviation of DOLPHIN. Let me elucidate the idea explaining the characteristics of community media which I comprehend as a suitable form of communication with the abbreviation of DOLPHIN.
Direct: The most important characteristic of community media is that it is direct in nature and the rapport is direct.
Own media: Community media are the own media of a community. It is ‘of’ the community ‘for’ themselves ‘by’ them and ‘about’ them. Hence, the ownership of community media is with the community, not by any individual or profit making company.
Local media: Being the citizens’ own media it is ‘local’ to them. Of course, community media is a global concept, but local communication and localized message delivered by their own language or dialect.
Participatory Personal and media: Another important characteristic of community media is that it is participatory in nature and the appeal is at personal and intimate level.
Horizontal Form: The community media are a tool or channel of horizontal and two way communications. It refuses the theory of top down or vertical communication of mainstream media.
i6 character:  It is Immediate, it is Intimate, its Impact is much deeper, Interference from political or commercial mechanism is less and community media are for all, Irrespective of diversity. Community media also play an Important role in engaging citizen by providing a space for one and all.
Not for Profit: Community media are not a profit making agency, it is a Not for Profit organisation. It is the spontaneous expression of the community members. Therefore, there is No threat of cultural colonialism and foreign ideological domination.
I have been trying to give a shape to the basic characteristics of community media with my DOLPHIN concept. As UNESCO said, “community media are characterized by their accountability to the communities they serve. They emerge as a result of popular movements that strive to attain an important space in citizen participation and demand the right to own and operate free from political or commercial interference.” The definition clearly reflects the basic characteristics of community media. I would be immensely happy, if the readers of my blog discuss on this DOLPHIN characteristics of community media and provide their opinion on the concept.

Cite this article as-