Need of the Hour: CR in North East

Community radio is the voice of the grassroots community. This multi-purpose medium can help people, including youth, to engage in discussions on topics that affect them. It can save lives during natural or human-made disasters; and it provides community journalists with a platform to report facts and tell their stories.
To make the community radio a robust sector for eradicating the digital divide, the union government announced 90 per cent subsidy for starting community radio stations in the northeastern states and 75 per cent in other states on December 11, 2016. Union Minister for Information and Broadcasting, Venkaiah Naidu made this announcement at a conference of state ministers, organised by the Information and Broadcasting Ministry after a gap of around seven years. 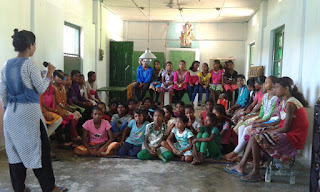 Although the government envisioned to setup 4,000 community radio stations in the country, when the revised policy came into existence in 2006, unfortunately this potent communication medium couldn’t even reach 200 in numbers in more than a decade. As per the present rules, Information and Broadcasting ministry gives a subsidy of 50 per cent up to a limit of Rs 7.5 lakh, for starting community radio stations. Addressing a two-day 28th State Information Minister’s Conference (SIMCON) held at Vigyan Bhavan recently, Naidu in his concluding remarks, also mentioned how to show the richness, variety and diversity of the local culture and seamlessly integrate these states with the rest of the country through different communication channels.
According to him, the Community Radio Stations numbering two hundred presently in the country have tremendous potential in the field of information dissemination and entertainment and hugely help promote socio-economic interests of the people.
In the northeastern region of India, the concept of community radio is still at its budding stage. Anthropologists said that our seven sisters comprise of more than 350 ethnic and social groups. So, it is not possible for a public service radio like All India Radio to reflect the desires of all the ethnic groups in a region of such diversity. The concept of community radio service was originated for such a diversified region. But it is rueful that due to various reasons, the concept of community radio service is not immensely popular in the region unlike the southern part of India.
Krishna Kanta Handiqui State Open University took the first initiative to launch the first community radio service of the region. The University launched ‘Jnan Taranga’ on January 28, 2009 at 90.4 MHz with an experimental broadcasting from Assam Administrative Staff College, Guwahati and started its regular broadcasting from November 20, 2011. It is very significant that the second community radio of the region, ‘Radio Luit’ of Gauhati University was started on March 01, 2011.
‘Radio Brahmaputra’ is the first civil society run Community Radio in the region. Bringing a new opportunity for raising their voice regarding local issues, this radio floated by a civil society organization in Dibrugarh has heralded a new era in the region. The Centre for North-East Studies & Policy Research (C-NES) and the team of Brahmaputra Community Radio Station (BCRS) have together started this radio station, which is supported by UNICEF at the initial stage.
Unfortunately, no other stations make it possible to air the community programmes from any part of the region. Although the Govt. of Assam through Directorate of Information and Public Relations took initiatives to set up a few community radio stations in different parts of the state, but it could not be materialized due to different technical issues. However, a civil society organisation based in Manipur named Integrated Community Development Organisation (ICDO) is going to launch the first CR station at Uchiwa , Imphal West of Manipur. 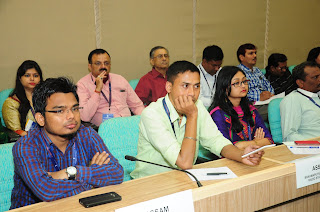 As of November 2016, there are 200 operational Community Radio stations in India, operating from different parts of the country, catering to diverse communities and under different situations. The Ministry of I & B has received a total number of 1930 applications so far from 2004 and issued the Letters of Intent (LOI) to 449 organisations, where as 252 stations have signed the Grant of Permission of Agreement (GOPA). About 1130 applications have been rejected by the Ministry so far and 96 LOIs were cancelled. Presently, 255 applications are under process.
The data may not be considered as very encouraging in case of northeastern region. Except the state of Assam; all other states of the region have no functional radio station so far. Special attention should be given to all other states of the region by awaring the people towards new scheme to setup community radio stations for standardising the livelihood of the grassroots people. Strengthening the Community Radio movement is not only the responsibility of the government, but also of the existing Community Radio stations. The stations need to go beyond the process of awareness generation and start mobilising people to advocate for their rights and entitlements, because, this medium is capable to provide a platform to solve the problems of a group or a community. In the last more than a decade of the Community Radio movement in India, new ground has been broken and new avenues have been created for growth and progress, but the potential of this participatory communication medium has a lot more scope.

Cite this article as-